The number of the bumps on the Pulse and sensor represents their own channels.
These are the Pulse and the sensor in the channel 1. 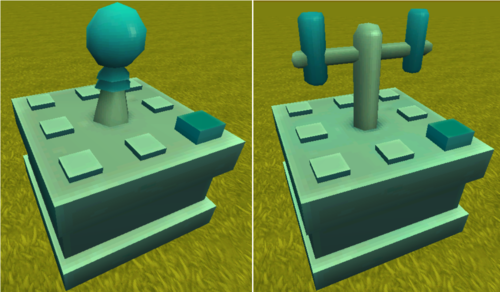 These are the Pulse and the sensor in the channel 2. 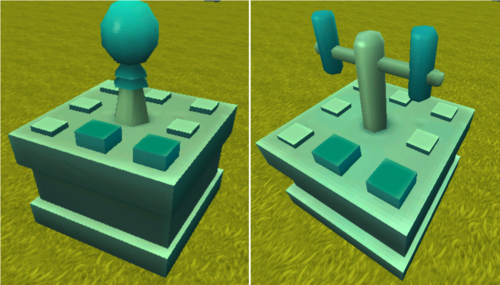 These are the shape of 8 channels.

Switch a pulse Pulse to channel 1 and put a pulse sensor within 32 blocks away in channel 1.
When the Pulse is activated,the Pulse will receive the signal and recharge the surrounding blocks. 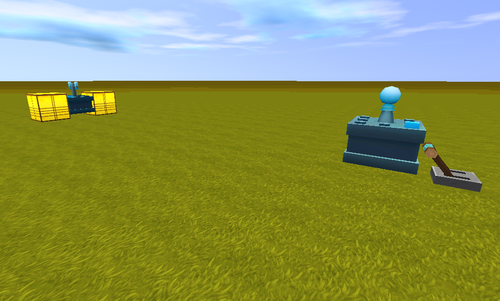 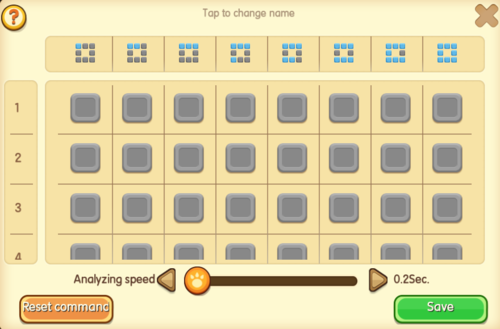 There 8 locations which represent for 8 channels on sensors,each line represents for a command,each command represents for the activated/deactivated signal to every channel.
Blue is On, Grey is Off.
For example, the phrase of channel 1 of the first line is on, then when the analyst pulses the first line of the command chip, the pulse which channel is 1 will receive the signal,turn activated and charge the surrounding blocks.
For each line pulse will output a signal to the reciever and the resolution speed of each line can be adjusted from 0.2s to 0.6s.